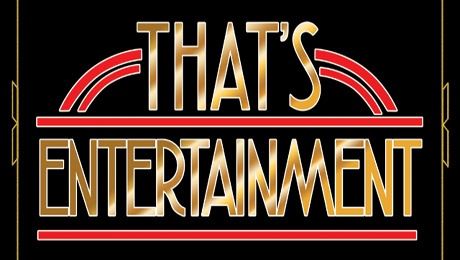 Please register for these programs online, over the phone with a credit card or with check by mail.

M, Sep 21 | 5:30pm | $12M/$17NM
Even though we don’t have the BBQ this year, we still have the most important part of any fall celebration---MUSIC! The Mixx Company Band, a five-piece ensemble and stars of February’s BHM Luncheon, will be here to kick off the season with fun and flavor with their mix of Motown, jazz, blues, and soul music. Come say “hey” to fall with The Mixx Company Band.

Marilyn Monroe: "Candle in the Wind" with John Boda

F, Sep 25 | 11am | $5M/$7.50NM
Virtual/Phone-In: $2.50
This presentation will look into the life, career and death of one of the most beautiful stars of the Century – Marilyn Monroe! Fantastic pictures and career highlights will be featured along with songs she had hits with such as “Diamonds are a Girl’s Best Friend” “My Heart Belongs to Daddy”, “Heatwave”, There’s No Business-Like Show Business” and the grand finale will be the touching tribute written by Elton John – Candle in the Wind over a montage of pictures. John Boda will also clearly cover the facts around her strange death and allow the audience to decide if they believe the official report or not. As in all these presentations, John Boda always concludes on a POSITIVE note with memories of the good and happiness that is left by these beloved entertainers of the past.

M, Oct 5 | 2pm | $7M/$10.50NM
Virtual/Phone-In: $3.50
Meet Britain’s famous monarch. Learn about her childhood, the abdication of her uncle, her marriage to Prince Philip of Greece, her World War II service, and her struggle to balance her roles as queen and mother. Get to know the woman behind the images, her sense of humor and savvy intelligence with which she meets her demanding obligations.

Th, Oct 8 | 3pm | $5M/$7.50NM
Virtual/Phone-In: $2.50
Following America’s lead, most countries have preserved their most beautiful and wildlife-rich areas as national parks and preserves.  In this program we’ll visit parks in such diverse places as the Amazon rainforest, East African savannas, Australia, New Zealand, The Galapagos Island and more.

(Choose in person or virtual)
M, Oct 12 | 1pm | $6M/$9NM
Virtual/Phone-In: $3
Marty Sammon, a South Side Chicago native, is a renowned American blues keyboardist. Known for his energetic performances, improvisation, and mastery of traditional, Marty is considered in the industry to be an ambassador of Chicago blues and one of the resident musicians at Buddy Guy Legends and with the Chicago Blues Brothers. It’s a treat to have this duo in a special show.

(Choose in person or virtual)
Th, Oct 22| 12:30pm | $8M/$12NM
Virtual/Phone-In: $4
Regina and her band blew our socks off with at our 2018 Holiday Luncheon. She and her accompanying pianist will be back for a special performance, right in time for Sweetest Day. From Lover’s Lane to Best Friends Boulevard, this show is to be enjoyed with all of the “sweet” people you have in your life.


F, Oct 23| 11am| $5M/$7.50NM
Virtual/Phone-In: $2.50
The city of Chicago is considered one of the most haunted cities in the world! In this presentation John Boda tells the ghost stories of some of the select favorites included with pictures of buildings and people involved. Many of these ghost encounters also are directly intertwined with other lecture talks such as “Eastland” “Chicago Fire” “1893 World’s Fair” and “Iroquois Theatre Fire.”  Even if people are skeptics ….  This is always a great talk, especially near Halloween and you’ll be left with the option to believe it or not!

(Choose in person or virtual)
Th, Oct 29 | 3pm | $6M/$9NM
Virtual/Phone-In: $3
Randy McCallister, balladeer extraordinaire, will be back to serenade us. Randy’s musical tastes span the beloved crooners to the funky beats of Motown and the soft rock of Phil Collins.